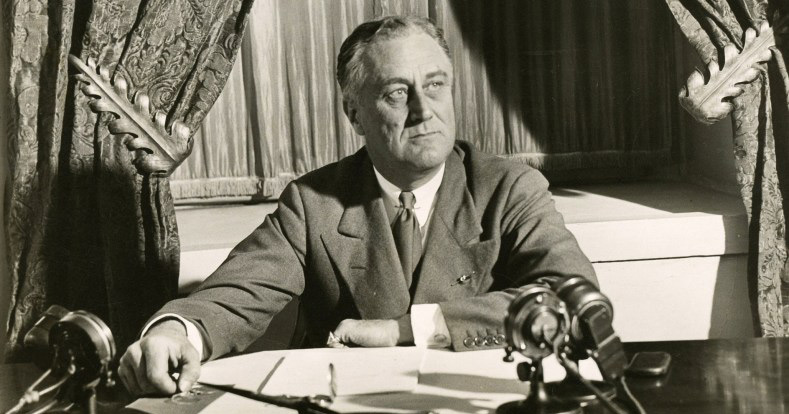 To what extent did Roosevelt’s New Deal succeed in mitigating the negative effects of the Great Depression in USA in the 1930’s?  Present an argument in support of your answer using relevant historical evidence.[1]

On 29 October 1929 (also known as “Black Tuesday”), the United States (US) stock market crashed which initiated the Great Depression.[2]  After winning the US elections and taking office in 1933, President Franklin D. Roosevelt sought to bring economic relief to the US during the 1930’s by implementing a series of reforms and restructures in what he called the ‘New Deal’.[3]  Although the ‘New Deal’ succeeded somewhat in relieving economic situations on a macro-level, the “New Deal”, in the long run, is considered a failure as it did not ultimately succeed in what it was set out to do, which was to recover the economy from its “depressed state”.[4]  This statement will be discussed by analyzing the two phases of the “New Deal”, as well as discussing the effects of some of the relief, recovery and reform programs implemented.

When analyzing the legacy of the “New Deal”, it is important to understand that there were two phases of the deal, namely the “First New Deal” and the “Second New Deal”.  The First New Deal consisted mainly of the first three months of Roosevelt’s presidency and is referred to as the “hundred days”.[5]  Within the first hundred days, various relief programs such as the “Federal Emergency Relief Administration” (FRA), the “Civilian Conservation Corps” and the “Agricultural Adjustment Act” were implemented in order to create employment opportunities for Americans as well as providing some extent of economic relief for struggling citizens.[6]

Another significant program that was implemented during the hundred days, was the “National Industrial Recovery Act” (NIRA).  This recovery act allowed working Americans to unionize and in a sense bargain for better working conditions, as well as wages.[7]  Roosevelt felt that a significant part of the recovery process will come from decreasing competition through using set prices, wages and commodities.[8]  Mixed reviews came from the implementation of these recovery acts, as many felt that corporate heads were being disadvantaged by the state, and in some instance some corporations felt as though their competition became the US government itself.[9]  However, on the larger part, many felt that the hundred days and the “First New Deal” was relatively successful as it was marked by a decrease in unemployment and the stabilization of US banks.

In 1935, Roosevelt decided that the New Deal should take a more aggressive approach in the attempt to diminish the Great Depression.[10]  This phase is known as the Second New Deal.  One of the more prominent acts implemented was the “Social Security” Act which provided the elderly and widowed people with some financial support, allowed some unemployment and disability compensation and set a framework or minimum wages and maximum work hours.[11]  Furthermore, the “Works Progress Administration” (WPA) was implemented to provide the unemployed with opportunities in the public sector.  These opportunities included building bridges, schools and roads.[12]  To some extent, the Great Deal built a platform for more financial security and opportunity for the American citizens during the onslaught of the Great Depression with its housing, employment and financial interventions.[13]

Criticism of the New Deal

When analyzing some of the programs and acts implemented by the Great Deal, one also has to mention points of criticism.  One of the more popular points of criticism stems from the “interventionalist” and anti-competitive nature of the New Deal.[14]  Larger companies and the Supreme Court also felt that some of the reform initiatives were unconstitutional and did not go through the right channels to implement reform acts.[15]  However, with this criticism in mind, the main reason why the New Deal was deemed unsuccessful, is simply because it did not achieve what it set out to do.  The American economy and employment rates did not recover enough for the New Deal to have remedied the effects of the Great Depression.  Rather, American entrance into the Second World War stimulated more economic growth than the New Deal.[16]

Therefore, one could say that the New Deal mitigated the effects of the Great Depression to an extent where it improved the employment rate from 25% of 1933 to 17% in 1939.[17]  One could also say that some of the relief and reform acts were deemed successful as some of them, such as the Social Security Act, still remains today.[18]  The New Deal also led to a, albeit short-lived, coalition between “white working people, African Americans and left-wing intellectuals”.[19]  Many also argue that the New Deal built a surface for the future economy of America post-World War Two.[20]  However, with regards to the mitigation of the Great Depression itself, the New Deal ultimately did not succeed in ending the Great Depression and its effects.