Elizabeth Maria was born into a privileged and protected environment as the oldest child of the Cape Colony’s first Prime Minister, John Molteno. With her siblings, she accompanied her father on diplomatic trips in Europe and Africa, and developed an avid interest in current affairs. Her parents also greatly encouraged debate in their family and, possibly because of this, she developed highly unconventional views early in life. Betty (as she preferred to be called) quickly became a leftist vegetarian with a passionate belief in the empowerment of the marginalised and disadvantaged peoples of southern Africa. An eccentric figure, she renounced the fine clothes and other luxuries of her youth, and adopted the austere lifestyle of the underprivileged working classes.  In later life, she also became a feminist and suffragette.

Betty was a prodigious writer throughout her life. After her home-schooled matriculation, she chose to study at Newnham College Cambridge, rather than to marry, and immediately began a career in women’s education. This was in line with her feminist beliefs, and she refused to draw a salary for any of her work. Her first position was teaching at the Port Elizabeth Collegiate School for Girls. As the school’s principal from 1890 until 1899, she conducted a radical overhauling of the Victorian education system - even including the country’s first recorded sex education classes for girls. However, it was less her teaching style, than her opposition to the Anglo-Boer war, which made her unpopular with the British establishment of Port Elizabeth. When she refused to stop her activism she was forced to resign.

She was a founding member of South Africa Conciliation Committee in 1899. During the Boer War, she campaigned with her close friends Emily Hobhouse, Alice Greene and Olive Schreiner, working with concentration camp victims and organising mass protests against British policy in southern Africa. At this time she was also a contributor to “Songs of the Veld” (1902) – a banned compilation of anti-imperial poems. Upon the termination of the war however, she largely abandoned the so-called “pro-Boer” campaign, as she believed that the Boer and British communities were going to unite in excluding Black Africans from the region’s future.

In the early 1900s she began increasingly to work with the Gandhis, and moved to Umhlanga for Mr Gandhi’s Satyagraha campaign. During and after this campaign, she worked with prisoners (such as Mrs Gandhi herself), specifically regarding the abuse and murder that some of them suffered in the prison system. Possibly her greatest influence at this point however, was her facilitation of meetings between Mr Gandhi and her many political connections. Women had a highly restricted role in Victorian society, making this one of the most effective and pragmatic ways in which she could assist. Entertaining the Gandhis at her family’s residence in Claremont, Cape Town, she introduced them to a range of political figures, including activists such as Emily Hobhouse. In 1914, she played a key role in facilitating Mr Gandhi’s eventual meeting with Prime Minister Louis Botha and the cordial relations that then proceeded between the two men. 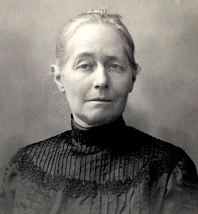 SolBetty as an elderly activist

However she and Gandhi disagreed fundamentally on many issues. Betty saw Black South Africans as being the main victims of ongoing oppression, and therefore the most deserving of empowerment and restitution. She also urged the Indian community to identify themselves with Africa in their struggle. Gandhi however focused his efforts on the Indian community and subscribed to the era’s mainstream view regarding the distinction between “civilised” and “uncivilised” peoples. Such disagreements contributed to a gradual cooling of the friendship between the two activists.

Betty was involved with the South African Native National Congress (SANNC) from its founding in 1912. Together with her brothers, John and Percy Molteno, she supported the early fundraising activities of John L Dube and Sol Plaatje, and campaigned with them on issues such as the Natives Land Act of 1913.

Betty Molteno never married. However she remained deeply devoted to her siblings until the end of her life, and helped to raise her nephews and nieces.

She developed increasingly strong socialist sympathies in her old age; attending Marxist meetings in Europe and writing of her hope that:

“…All distinctions of race, gender, religion; all the old shibboleths hitherto in use to keep down the masses, were to give way to wider, broader and deeper conceptions of humanity”