Perched on the outskirts of Observatory in Cape Town, just above the Black River, stands the South African Astronomical Observatory; initially known as the Royal Observatory, Cape of Good Hope, it has multiple telescopes, a museum, a mechanical workshop that can “build, maintain and support the various instruments used on telescopes in Sutherland”, and a library.

Now, the observatory is turning 200, and on the day of our visit, the place is bustling with people busy sanding the inside of the building, painting walls, and preparing the observatory ahead of the celebrations.

On 20 October 1820, word reached the Cape from Britain for the “Lords Commissioners of the Admiralty to cause an observatory to be erected at the Cape of Good Hope”. The call set in motion the construction of an observatory that would later occupy a prominent place in the world of astronomy.

It took a few years and much perseverance to complete the building, but in 1829, led by a promising young astronomer, the Rev Fearon Fallows, the building was complete. 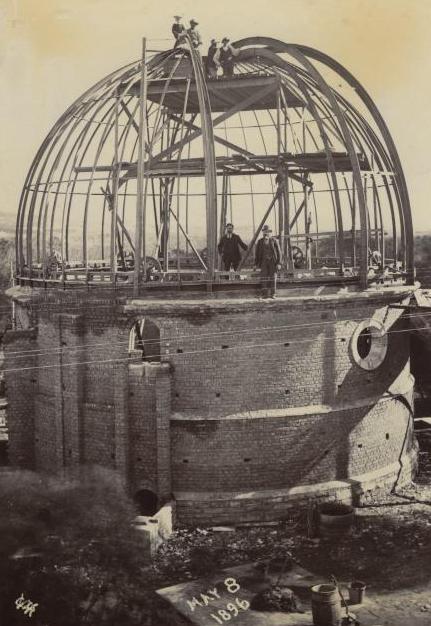 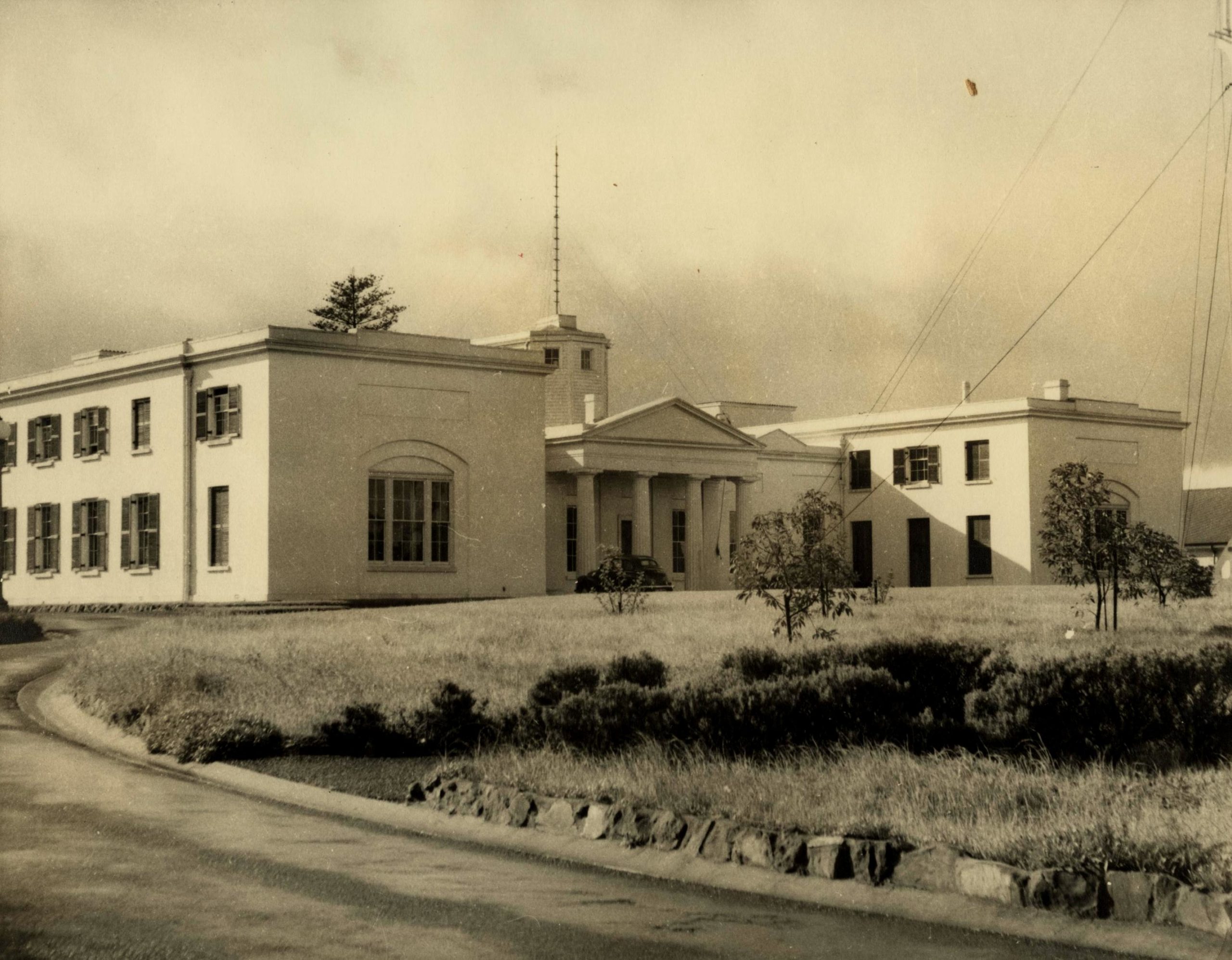 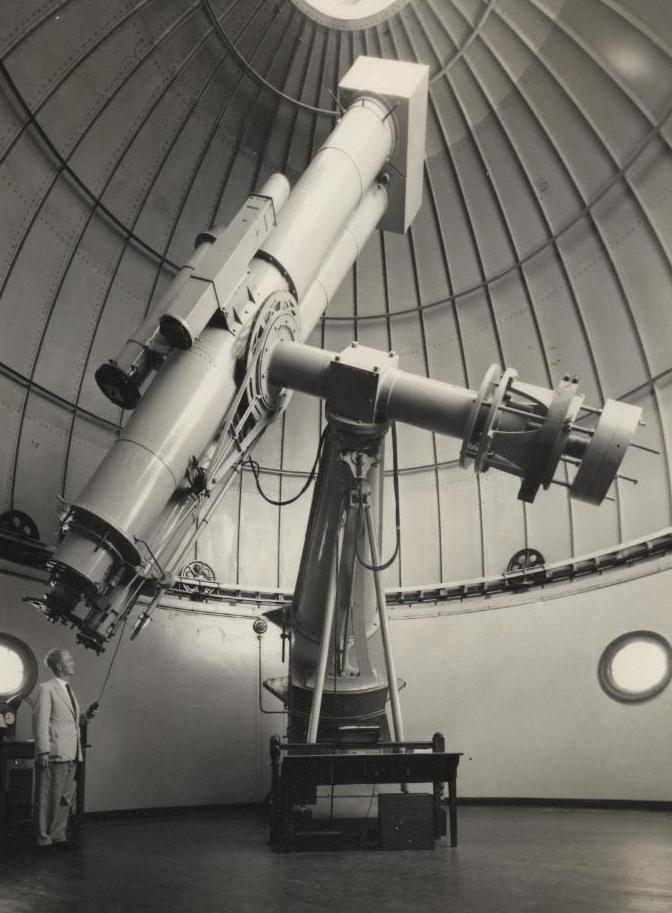 The co-founder of Atlas Obscura, Dylan Thuras, writes: “Fallows was talented enough to be dispatched to the other side of the world to accomplish a nearly impossible task – to get an observatory up and running while plagued by sand and dust storms, snakes, a lack of qualified stonemasons (major stonework was required to stabilize early astronomical equipment), and the dreaded tablecloth clouds that could almost instantly block out the skies.”

Three years after the building was completed, Fallows died, he is now buried on the very grounds of the observatory, “12 feet deep to discourage grave robbers”.

Back at the beginning of the 19th century, the observatory was run by the British Admiralty, with the aim of improving navigation for ships in the harbour-town of Cape Town (and prevent them from disaster) and chart the southern skies.

Life at the observatory was filled with research, surveys and challenging experiences. Walking through today’s library, one can read the journals of previous astronomers: writings from the time tell of wild animals, leopard, hippo and snakes roaming through the place; there was no drinking water on-site and the grounds of the observatory seemed rather inhospitable.

One other account, an extract from Irish-born South African astronomer Sir Thomas Maclear’s journal, explains how in 1937, the observatory survey crew overwintered in the Sneeuwkop Mountains; one crew member died there from the cold, another drowned while crossing a river in a separate incident. Still, the crew’s mission helped to map the region and resulted in the first exact geodetic surveys of South Africa, a substantive consolidation.

Through the years, research and discoveries made at the observatory were many: the pioneering use of photography to record images of the sky – set off by David Gill, also behind a picture of the great comet of 1882; by 1927, “nearly one million star positions had been published”; in 1972, three telescopes were installed on a “koppie” in the town of Sutherland in the Roggeveld Mountains in the Karoo; and the observatory still holds the longest-held record for the most accurate measurement to the sun.

Since 2011, the Southern African Large Telescope (SALT) has allowed for broader observations and “the telescope is finally realising its huge potential as Africa’s Giant Eye on the Universe”. 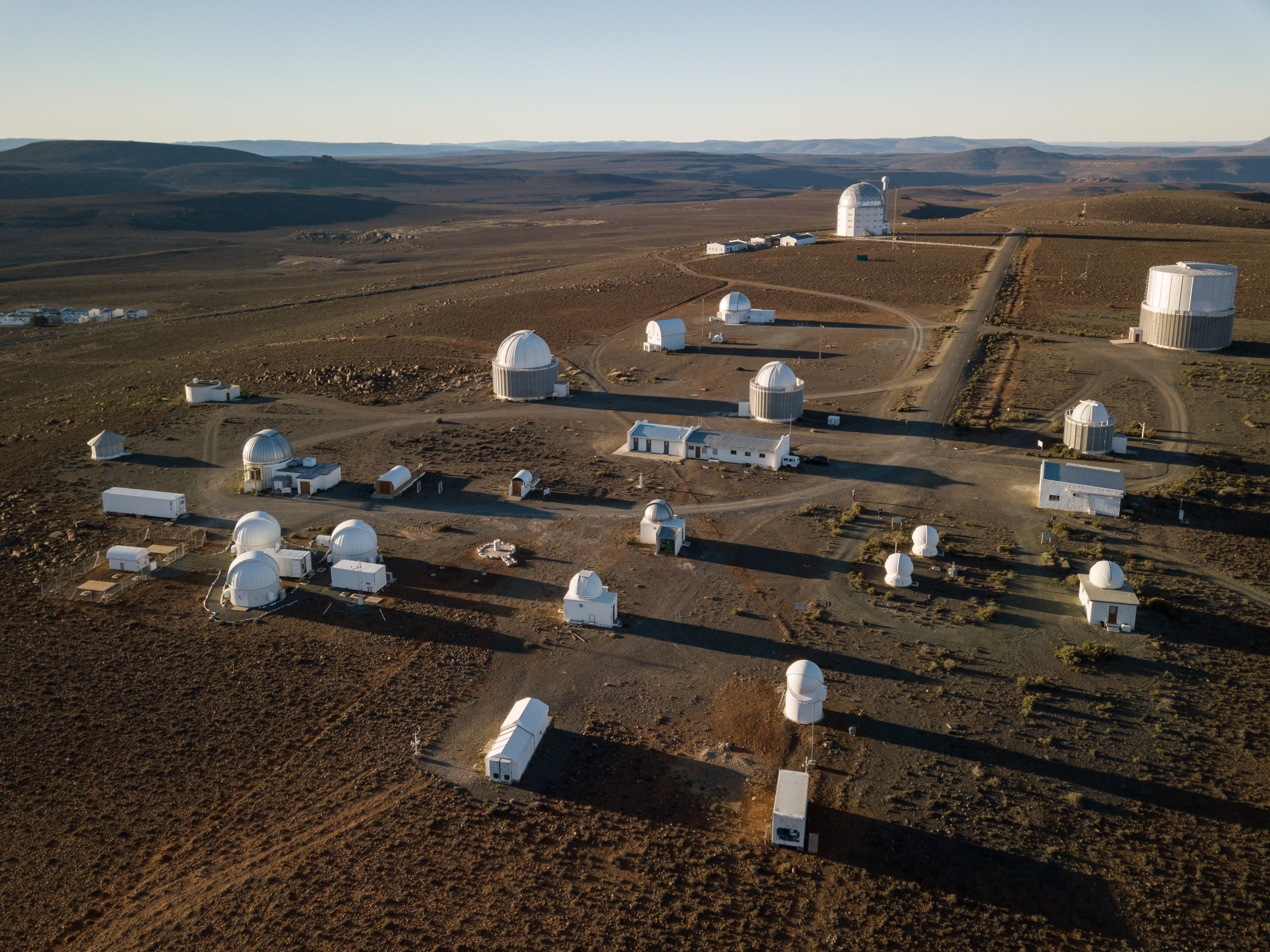 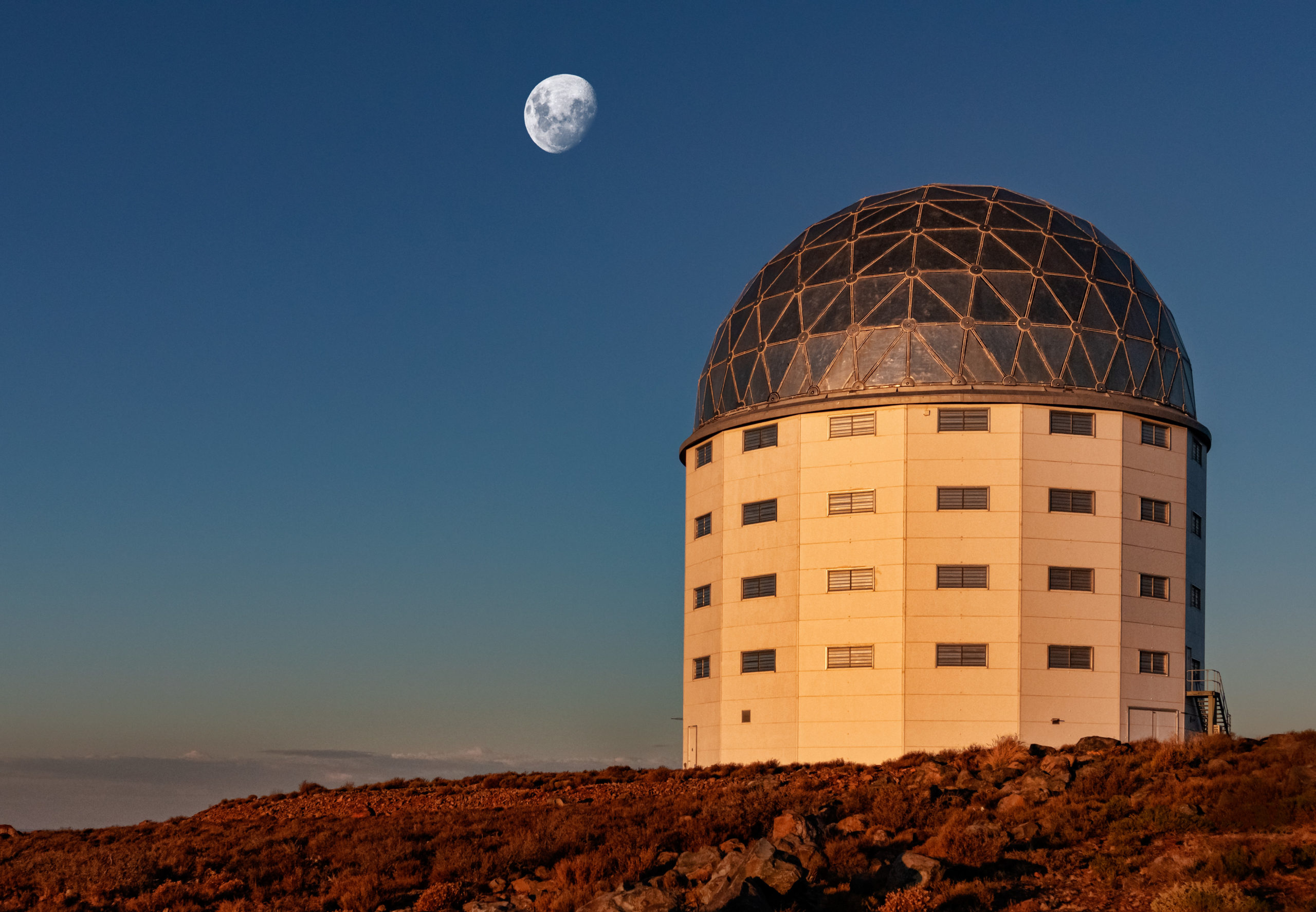 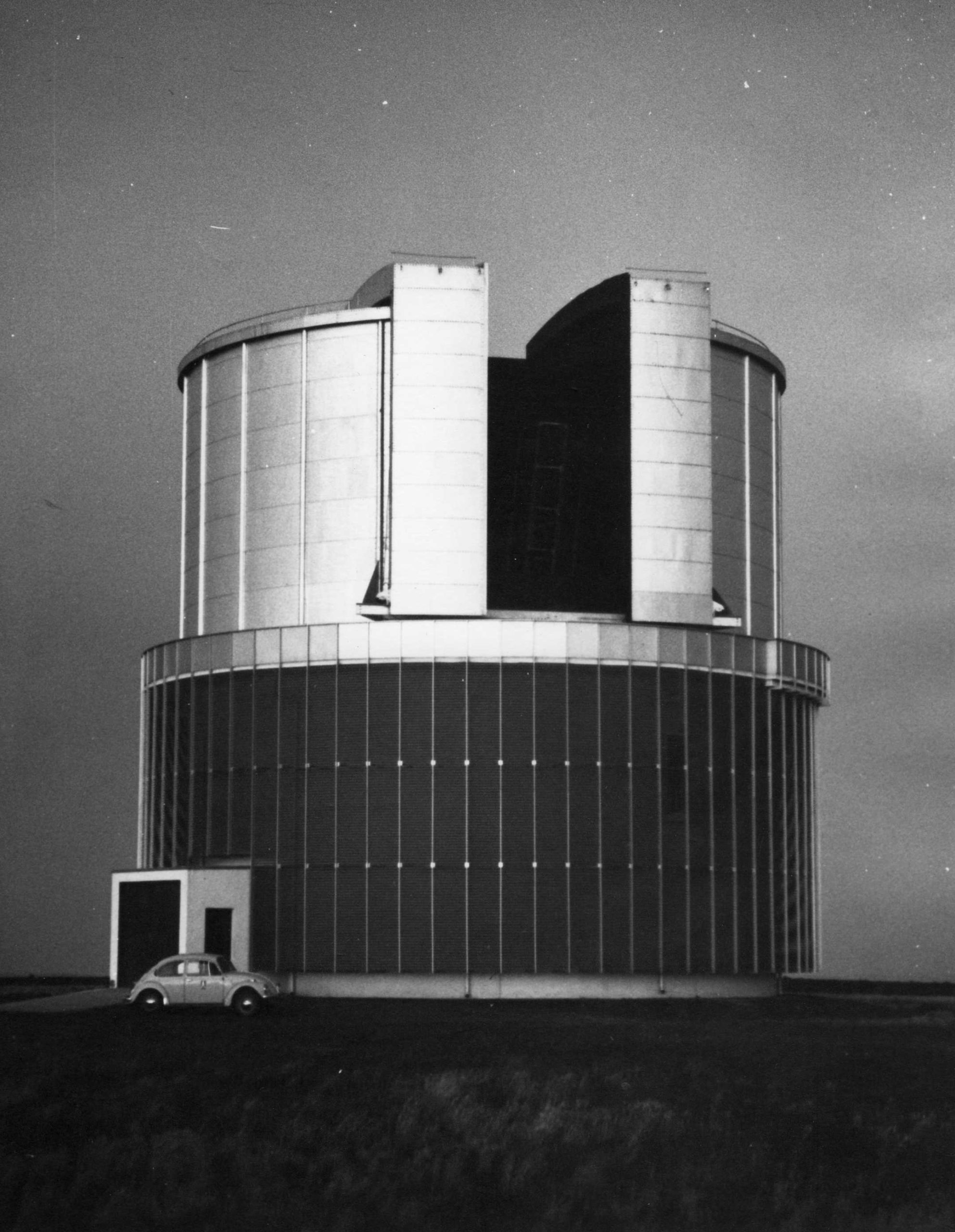 What are we observing?

The science engagement astronomer at the South African Astronomical Observatory (SAAO), Dr Daniel Cunnama, says that, “The role [of the observatory] has changed a lot over the last two centuries.

“We’ve made huge advances in our understanding of the universe, but we’re still making more and more discoveries. We will be part of those discoveries, assisting with those projects and trying to answer some of the really big questions.”

Now, the scientists at the observatory are trying to answer questions such as, where does our universe come from? Where do we come from? And, as Cunnama explains, “Trying to get a grip of physics and how the universe has evolved.”

Research at the observatory is conducted thanks in part to SALT in Sutherland, and the MeerKAT telescope (Karoo Array Telescope), a 64-antenna radio telescope about 90km outside Carnarvon in the Northern Cape. 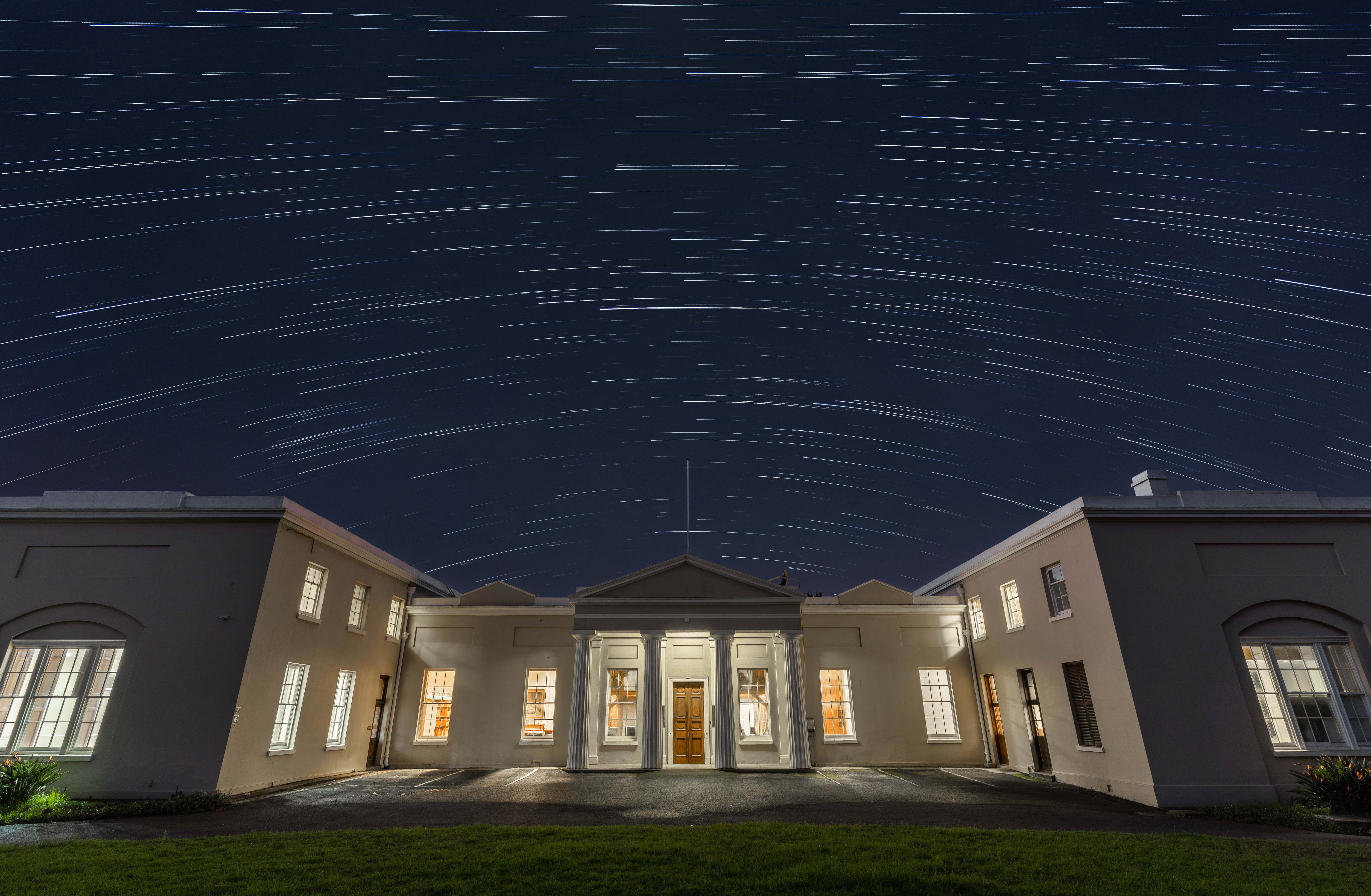 The entrance to the main building of the South African Astronomical Observatory in Observatory, Cape Town (Image supplied by the SAAO)
image source

In addition to answering questions about the universe, Cunnama thinks that the observatory should explore the relationship between the indigenous peoples of South Africa and their connection to the stars.

“They had a deep astronomical, scientific understanding of the stars and the rhythms of the seasons. For example, they knew when to hunt, which animal to hunt and when to plant crops, all from the stars. This is a story we have to tell.”

Cunnama explains that they are now working on a few projects that will, in different ways – works of art, video installations, exhibitions – explore the incredible insight indigenous people like the Nyae Nyae !Kung or the /Xam had about the constellations. In fact, they have already completed a series of three animated videos of three minutes each of “indigenous stories about the stars”; South African singer David Kramer’s BliK Music composed the music for one of the videos.

“We have animated the stories we have collected from indigenous people and animated them; we’ve done that in four languages, in English, Afrikaans, Xhosa, and Khoekhoegowab, which is also also known as Nama, which is the most commonly spoken Khoi and San, language,” says Cunnama. The idea is for those stories to spread as far and be shared with as many people as possible.

The hope is to “get people excited about what we do and encourage them to go to Sutherland to see the real telescopes, because that is where the real magic happens”.

The 200th anniversary also marks the unveiling of the SAAO as a National Heritage Site; due to Covid-19 the celebrations will be held virtually, starting in the morning of Tuesday 20 October and followed by the Astronomy Symposium, which will cover “current and future science, the history of astronomy on the continent, as well as cultural and sociological aspects of astronomy. In addition, the symposium also aims to highlight [the] developing plans for the observatory.” You can register for the symposium here.

The celebrations will also include a festival of astronomy dubbed AstroFest. From a talk by MIT’s Professor Sara Seager on “the search for signs of life beyond Earth” to the role of amateur astronomers in the National Aeronautics and Space Administration (Nasa), the festival will highlight the astronomy work done by selected scientists and organisations across the world and will close with a stellar performance by Master KG, the musician behind the hit Jerusalema. DM/ML